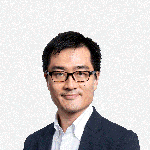 Prior to joining Gojo, Kohei has served as Senior Vice President of Finance at SmartNews, Inc., a developer of a news discovery app called “SmartNews”, which has been downloaded more than 30 million times globally. As its early employee before monetization and as part of its management team, he played a key role in procuring a total of $80 million equity financing. In his role as Senior Vice President of Finance, Kohei undertook a wide range of responsibilities including financial control, accounting, recruiting, people operations, legal, and investor relations. Mid-2018, Kohei moved to being an advisor with SmartNews while simultaneously supporting several startups in and out of Japan.

As one of the founding members and as Chief Financial Officer at LIFENET INSURANCE COMPANY, a publicly listed online life insurer in Japan, Kohei led, among other things, it’s successful $100 million Initial Public Offering in 2012, and also setup its joint venture in Korea with Kyobo Life Insurance and business alliances with strategic investors.

Kohei started his career at Morgan Stanley Japan Ltd. as part of its M&A Advisory Group in Investment Banking Division, where he was involved in multiple cross-border transactions in different sectors. In 2005, he had joined Och-Ziff Capital Management (Hong Kong), a global hedge fund, as an investment analyst where he managed public and private equity investment portfolio in Japan.